The grand opening of Haggs Bank Bunkhouse was marked by hosting an Horizons Unlimited travellers’ meeting over the weekend of 20th-22nd September 2013.

As one visitor said on the Horizons Unlimited website afterwards, “The hospitality, scenery, campsite and amenities, the food, drinks, good music and the people were simply first class.”

We had 72 people stay with us for the weekend event with about 140 on site for the Saturday evening with the live music, bonfire, bar and BBQ.

“I have to say, with absolutely no exaggeration, that this is firmly in the top 3 meetings I have EVER attended, anywhere in the world.” 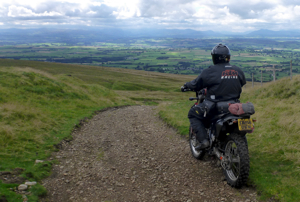 19 bikes went on the road run, which covered 130 miles, through 3 counties and encompassed some of the more stunning scenic roads in this locality, including a stop at the famous Hartside Cafe! We were joined by some from the local bike club and even they commented that they had forgotten how beautiful this area was.

7 bikes went on the off road run, which lasted 5-6 hours covering some of the wilder areas of the moors. Matt from the TRF said it was some of the best off-roading he had done in years!

23 people went underground for the 3 hour mine trip down our local lead mines. We also had a walk with a local guide as well as information on hand for anyone wanting to explore the nearby roman fort or local waterfall.

On the Sunday morning, the Beamish Trophy Trial ran up the track alongside Haggs Bank site. 160 vehicles entered this year all manufactured before 1979 and most owners were above retirement age too! This is an historic event now in it’s 41st year and is for motorbikes, sidecars and 3 wheeled vehicles. The entire route is just over 100 miles and has several off road sections around the route. The event is organised by the South Durham Section of the Vintage Motorcycle Club. Anyone wanting to enter the event next year must be on a pre-1980 vehicle and has to register in advance. This event also generates a following of about 50/60 spectators most of whom are on bikes and joined us on the car park. 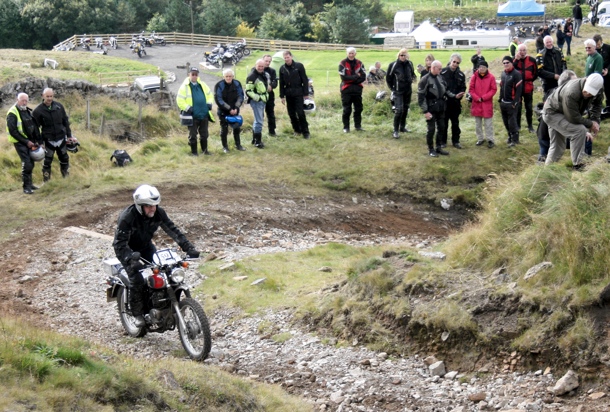 Huge thanks to everyone who attended the event and helped to make it such a popular success. We’re already planning our next adventure weekend, which will again coincide with the Beamish Trophy Trial on the weekend of 19th-21st September 2014!

You can follow any responses to this entry through the RSS 2.0 feed.

We’d prefer that you email us to reserve camping, but feel free to arrive.

The availability checker above is for BUNKHOUSE beds only.